Last year the Centre was delighted to be announced as the winner of the BERA Public Engagement and Impact Award. This Award recognises and celebrates the impact of research and practice in the education community and how both have demonstrably engaged the public. As part of the Award, Emerald Publishing developed an infographic showcasing the Centre’s work.

Through the infographic we highlight how the Centre’s pioneering research, and collaboration and engagement with teachers, young people, policy advisors and charities has transformed teaching and learning about the Holocaust around the world. The Award recognises the ground-breaking national studies conducted by the Centre: in 2009 with over 2,000 teachers, in 2016 with almost 10,000 students, and in our recent research with over 1,000 teachers.

The infographic draws attention to:

The Centre’s entry to the BERA award (submitted in October 2020) is below:

Over the last ten years, research by the UCL Centre for Holocaust Education has critically examined teaching and learning about the Holocaust in England’s secondary schools. Its 2009 study of more than 2000 teachers revealed that, although the Holocaust has always been a mandatory subject within the Key Stage 3 National Curriculum, a majority of teachers had received no specialist support or training and many experienced concern and confusion as to how to approach this complex history. This in turn had significant implication for classroom practice.

In 2016, the Centre conducted a follow-up study, the largest of its kind internationally, exploring young people’s knowledge and experience of learning about the Holocaust in English schools. Over 8,800 secondary students completed a survey and 244 took part in interview. The resulting report was referred to by the UK Prime Minister’s Holocaust Commission as “pioneering research”, and described by the President of the International Association of Holocaust Organisations as, “an invaluable guide to the field”.

The study exposed several distorting misconceptions and significant gaps in students’ understanding, and the Centre’s response led to a step change in the teaching of this history, across England and beyond. Building on empirical evidence drawn from both studies, Centre staff created a range of initial teacher education, CPD, MA and Beacon School programmes attended by more than 11,000 teachers to date, and recognised by UNESCO as “representing best practice internationally”.

The Centre’s Beacon School Programme – a nationally recognised and government-supported award – is especially significant in improving teaching standards and raising pupil achievement. Since 2014, 155 English schools have achieved Beacon status. They in turn work with local networks of over 1,550 further schools to annually impact the educational experience and outlook of around 1.5 million students. School leaders such as Adrian Packer, CEO of CORE Education Trust, emphasize the programme’s “positive impact on the knowledge and understanding of approximately 10,000 of our students”. Data collected by the Centre for DfE shows 90.7% of students in schools the Centre has worked with recognise and understand the term ‘antisemitism’, compared to 21.4% in a national sample of control schools.

In 2018, UNESCO and the Organisation for Security and Co-operation in Europe (OSCE) commissioned the Centre to create a research-informed curriculum framework for pre-service teachers and school directors addressing antisemitism and intolerance. The Centre’s materials were used in workshops to train key policy-makers and teacher trainers from over 60 countries.

Last year, the Centre collaborated with the Holocaust Educational Trust to deliver a DfE-funded national educational programme to commemorate and expand students’ knowledge of Bergen-Belsen and its liberation. Survivor of the Holocaust Mala Tribich MBE praised the Centre’s involvement in the initiative, saying it exemplifies its “critical importance for the field, informing the work that Holocaust education organisations across the country and survivors like me do when we engage with teachers and students”.

Centre research has also demonstrated the problematic and imprecise nature of many depictions of the Holocaust within school textbooks; in 2020, it published its own empirically-informed alternative, the first secondary school textbook to directly confront widespread student misconceptions. More than 30,000 copies of ‘Understanding the Holocaust’ were distributed to 1,000 secondary schools across England reaching over 1 million students annually.

During the recent lockdown, the Centre produced 34 high quality lesson-plans and online materials accessed by approximately 3,000 individuals as well as three, self-guided, online CPD courses completed by more than 2,000 practicing teachers. The team’s response to the challenges of the Covid-19 pandemic is a testament to its commitment to ensure robust empirical research is utilised to build capacity and transform teaching in schools. 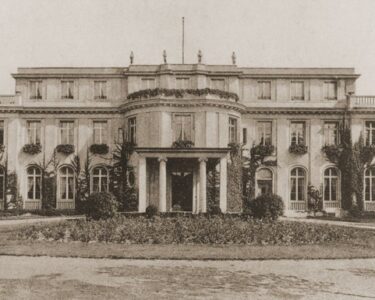 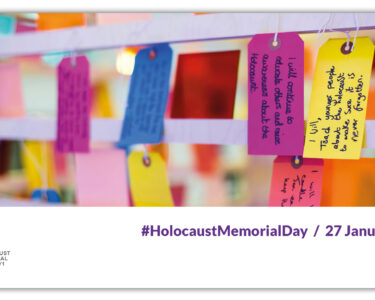 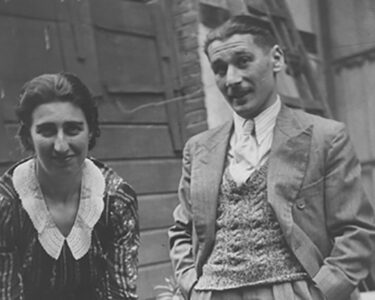