Until I left Prague for the UK on the kindertransport in June 1939, I lived in Prague with my parents.

The Germans occupied Prague in March 1939. My father, who was Jewish, left immediately for the UK. In June, my mother, having been refused permission to leave, put me on a kindertransport train with a knapsack of food for the journey – which I forgot to open. I can still clearly see my mother in my mind standing on the platform waving me off, surrounded by German soldiers in uniforms and swastikas. Of course for many of the parents waving their children off that day, it was the last time they ever saw them.

We travelled in carriages of 6-8. We had hard wooden seats to sit and sleep on. It was no great hardship for us – we were children and didn’t mind sleeping on the benches. Children fleeing war today face much greater hardship than we did back in 1939.

It took us one and a half days to get to the Dutch border by train and two days to get to Liverpool Street. Although the journey seemed interminably long to me, there is no comparison with the journey being undertaken by thousands of children today. For many of them the journey can take years and is fraught with danger, uncertainty and the threat of abduction, or worse.

When we reached the Dutch border I remember the older children on the train cheering – I didn’t know why – I was one of the youngest, if not the youngest child on the train and was looking out for windmills and wooden shoes, which was all I knew about Holland. Only afterwards did I understand that they were cheering because we had reached safety from the Nazis.

From the border the train took us to the Hook of Holland and from there we took a boat to Harwich and then came via train to Liverpool Street.

We all had dog tags to identify us and we were allocated family or foster parents to meet us at Liverpool Street Station. I was lucky in so many ways; my father was waiting for me, I had a roof over my head and a society that welcomed and supported me on my arrival. I was able to enroll in a school to learn English, and my mother was later also able to escape and join us. She arrived in London the day before the war broke out.

Fleeing Prague caused us to lose almost everything of the life we’d had. We left behind our home, almost all our possessions and our extended family and friends, most of whom later perished in the camps. Only a handful of photos came with us on that journey and very little else. But crucially, though ‘torn from home’, we had hope. What we lost was replaced by new opportunities given to us by the new life we were able to forge.

It is a lack of hope which so appalls me about the plight of refugees today. Having visited several camps, in France, in Greece and latterly in Jordan, I have found desperate people, including many lone children, who have no prospect of finding a new life. They may have survived the terrible experiences that led them to flee, but just surviving has become their lot.  As we remember the terrible events of the Second World War it is my hope that we will also remember the humanity that was shown to children like me – and honour that humanity by standing together and once again welcoming those persecuted by war so they too can have hope for the future. 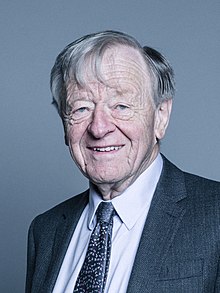