The Boy in the Striped Pyjamas in English secondary schools

Featured in the The Guardian 27 January 2022

In 2016, research published by the UCL Centre for Holocaust Education reported that many young people appeared to draw mistaken and/or misleading conclusions about the Holocaust based on their engagement with the narrative of John Boyne’s The Boy in the Striped Pyjamas. The Centre’s most recent research now also reveals that, across England, the book and its film adaptation are in fact currently being used by over a third of teachers in their lessons on the Holocaust. Moreover, the research also documents that in some schools the use of the narrative has become a site of contention and dispute between colleagues and across subject departments.

A recent UCL Centre for Holocaust Education survey asked teachers to identify which, if any, books and films they used with students in their lessons on the Holocaust. In total, 35% indicated that they used The Boy in the Striped Pyjamas within their teaching (29% reported using the book and 26% used the film).

Earlier research conducted by the Centre (published in 2016) raised concerns about the influence of John Boyne’s widely popular narrative on young people’s knowledge and understanding of this complex and important history. The study reported, for example, that the story regularly elicited profound and often somewhat misplaced sympathy for German and even Nazi families whom, students argued, The Boy in the Striped Pyjamas helped them to see as ‘victims’ too. Moreover, while most young people who took part in the study recognised the narrative as a work of fiction and many were able to identify and critique its most glaringly implausible plot-points or historical inaccuracies, they nonetheless overwhelmingly characterised it as ‘realistic’ and/or ‘truthful’. In many students’ accounts, their understanding of the story contributed significantly to one of the most powerful and problematic misconceptions of this history, that ‘ordinary Germans’ held little responsibility and were by and large ‘brainwashed’ or otherwise entirely ignorant of the unfolding atrocities.

For these reasons, The Boy in the Striped Pyjamas occupies a somewhat contested position as a potential educational resource. Indeed, several participants in UCL’s most recent teacher study suggested that they used the text reluctantly, offered it as an example to problematise or had lobbied to remove the use of either the text or film anywhere within their schools. Most respondents did not indicate this level of critical reflexivity however and a significant minority of teachers explicitly expressed ‘nervousness’ and concern about the ‘danger’ of The Boy in the Striped Pyjamas being used without careful and critical framing by colleagues in their own and other schools.

“As a work of fiction and drama this book and associated film may have some worth, but as a resource for teaching this important history it is flawed. Even if used solely to identify the errors and mistruth inherent within it, students would need to already have established sound historical, evidence-based knowledge to be able to do that. With time for teaching this subject being a major challenge in schools across the country, this would, in many cases, simply not work.

The potential for giving young people the impression that ordinary Germans were in some way ‘victims’ of the Holocaust is insensitive and dangerous. With the rise in antisemitism, such as it is in this country, and that so often manifests through trivialisation, distortion and denial of the Holocaust, this book could potentially do more harm than good.”

Read the full data release below 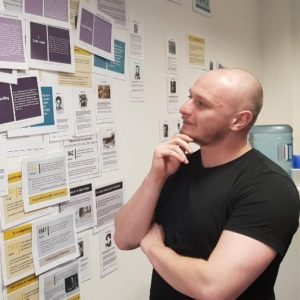