Further information on the themes of the conference

In the mid- to late-1970s, the afterlife of the Nazi extermination of Europe’s Jews entered into a new phase. Research has shown that there was never ‘silence’ per se around the genocide of the Jews in the immediate post-war decades, and notable developments did occur during the 1940s, 50s, and 60s. Yet it was in the 1970s that much greater strides were made, thanks in part to the international emergence of “the Holocaust” as a collective conception. By no means did this bring resolution or consensus, nor did it necessarily spur immediate confrontation with this dark past. the site of deportation for Berlin’s Jews.

This conference is concerned specifically with what has happened in the ensuing decades since the mid- to late-1970s. Ours is the generation in which Holocaust memory has grown exponentially, expanding and extending at such a rate that it not only permeates Western culture and society, but now has global proportions. Nor is there any indication of this slowing down any time soon; instead, increased concern at the passing of survivors has given but further impetus to attempts to teach, learn, and remember the Holocaust, whilst its continued representation raises ongoing interest in its abstraction and appropriation.

The conference seeks to explore and examine the development of Holocaust history and memory over the past four decades. Our specific areas of interest include:

Conference presentations have been gathered following a call for papers, and will consist of symposia, individual papers and workshop presentations. 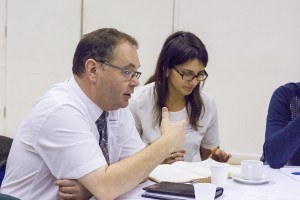