A national programme with international significance

Since 2009, our CPD programmes and educational research have had a major impact on Holocaust education in England. At the same time, through various international projects we have had a significant influence on teaching and learning about the Holocaust around the world. 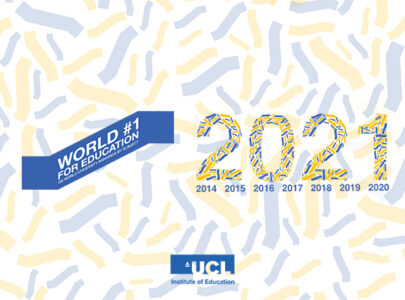 As a Centre based within IOE, UCL’s Faculty of Education and Society, we make a significant contribution to maintaining the IOE’s reputation as the world-leading institution in education.  We are proud of all that we have achieved since 2009.  Here you can discover more about some of these achievements:

November 2020 saw the public launch of Addressing Antisemitism in Schools: Training Curricula – a set of resources developed by the OSCE Office for Democratic Institutions and Human Rights and UNESCO with the support of the UCL Centre for Holocaust Education. This material responds to rising antisemitism in school environments by providing curriculum frameworks which can develop the competencies of trainee teachers and school directors. The curricula is now available for member states across the UNESCO/OSCE region.

In late 2020, a College of Reviewers for the British Educational Research Association (BERA) announced that the UCL Centre for Holocaust Education had won the team prize for its Public Engagement and Impact Award. This prestigious accolade was awarded for the Centre’s work in supporting teachers to combat myths and misconceptions prevalent within the classroom.

In March 2016, an Ofsted update issued to all secondary schools in England (over 4,000 institutions) stated inspectors should be made aware of work being done with the UCL Centre for Holocaust Education. Inspectors can now draw on Holocaust education as evidence for curriculum content (across different subject areas), and use it as evidence of how the school is contributing to pupils’ learning, including personal development.

An inquiry into Holocaust education was launched in 2015 by the Education Select Committee. As part of this inquiry, the Committee collected a range of evidence from government officials, Holocaust education organisations, teachers and other stakeholders from within the United Kingdom and beyond. Many of those who submitted evidence which lauded the work of the Centre. This included commendations from teachers as well as the Imperial War Museums, the Department for Education, and UNESCO.

All Party Parliamentary Group Against Antisemitism (2015)

Findings from our research into young people’s knowledge and understanding of the Holocaust were used in 2015 by the All Party Parliamentary Group Against Antisemitism, as part of an inquiry into antisemitism. The Group championed the Centre’s work, stating: ‘we recommend that the government increases its grant for the evidence-based teacher training conducted by the Centre for Holocaust Education at the Institute of Education, with a view to expanding its work and the number of teachers it is able to train.’

In turn, our work positively impacts on millions of students.

said they would recommend our CPD to their colleagues

copies of our textbook have been distributed to schools across England

educators took part in our MOOC from 89 countries

Learn more about us and our expertise