3. Forgotten history: What happened in the East and how do we know?

This post may be of particular interest to teachers who attended the CPD session ‘Forgotten history: What happened in the East and how do we know? piloted on 29 June 2022 where new classroom materials were shared. It may also be of interest to those planning to attend the next CPD session on this topic.

Often termed the ‘Holocaust by bullets’, around 2.2 million Jews and 1.3-1.5 non-Jews were murdered in mass shootings during the Holocaust (Pohl, 2015:37). Given research into Holocaust education in English secondary schools (Foster et al., 2016: 144) revealed that only 24.3% of students surveyed recognised the term Einsatzgruppen, there is a need for students to be taught about the perpetration of the Holocaust through mass shootings if this history is to be understood in its complexity.

The Centre’s textbook (Foster et al., 2020) includes a section entitled, What was the ‘Holocaust by bullets?’ and focuses on the Einsatzgruppen and their movement east into Soviet territory with Operation Barbarossa from June 1941 onwards. The teacher professional development session with accompanying material for use in the classroom, Forgotten history: What happened in the East and how do we know? (working title) instead looks at the mass shooting in one town in the General Government perpetrated by German occupiers in June 1942.

Challenges in the classroom

Developing a one hour lesson for Year 9 and above on mass shootings of the Holocaust raise challenges such as how to sensitively teach such a violent episode of the Holocaust whilst remaining attentive to student welfare and maintaining the humanity of the victims.

The lesson utilises a case study of the town Wielopole Skrzyńskie. The rationale for focusing on this town is based on its potential to place a ‘face’ on the otherwise anonymous victims of mass shootings and provide a sense of the community before the war. Worthy of special mention are three key elements in the lesson material; a painting (Lipa, 1984), rare colour film of the town before the war (Yad Vashem, 1938/1939), and an interview with a former resident of Wielopole (USC Shoah Foundation, 1996).

The lesson begins with a painting by Roman Lipa entitled, ‘The execution of 42 Jewish people in Wielopole Skrzyńskie on June 30, 1942’. Through examination of this painting and paced discussion, students piece together sections to develop an account of the events in June 1942. This slow exploration can support a thoughtful encounter in a measured way. As an artistic representation based on an eyewitness account, this might be one way to explore such a challenging topic.

However, the painting is still disturbing, depicting as it does the bloody shooting at close range of innocent and defenceless people. With such an image it can be helpful to reveal sections one at a time, so that students can carefully study each with quiet care.

Lipa’s depiction captures what is meant by the ‘Holocaust by bullets’ and introduces students to this crucial aspect of the Holocaust. Questions follow from this activity such as, where and when did this take place, and who are the people in the picture?

Having spent a little time orientating students in a temporal and spatial context, they then watch film of people who lived in Wielopole Skrzyńskie before the war. Students are encouraged to persevere with this silent film with its grainy frames, pausing to discuss key elements. Respectfully taking the time to engage with the moving images of ordinary daily life may help students to understand the vibrancy of the community later destroyed and see the faces of those who were to become victims of the Holocaust.

Students also hear from Rabbi Nathan Lipschitz. They first ‘meet’ Rabbi Lipschitz as a young man recorded for posterity in the film of the town. There is then the opportunity to hear him reminisce about his hometown before the war in an interview filmed in 1996. Later in the lesson, students engage with his powerful account of returning to Wielopole almost 50 years later and of a chance meeting with a woman who recounts the events of the mass shooting to him.

Through exploration and discussion, the first aim of the lesson – to develop knowledge and understanding of the mass shootings that took place during the Holocaust – is achieved. Towards the end of the lesson, taking time to study a memorial in Wielopole can be an important moment of remembrance for students and meets the lesson’s second aim, to ‘know their names’.

The human cost of the ‘Holocaust by bullets’ is realised when we focus on this single community through the use of rare film footage of the town before the war, a painting depicting the events based on eyewitness account, and a filmed interview with a former resident of the town.

This lesson is currently at developmental stage. If you would be interesting in trialling this lesson in your classroom and feeding into research please contact Dr Emma A O’Brien at emma.o’brien@ucl.ac.uk

To book a free place on the next CPD session please visit: https://holocausteducation.org.uk/additional-cpd-workshops/

Foster, S., Pettigrew, A., Pearce, A., Hale, R., Burgess, A., Salmons, P and Lenga, R-A. (2016). What do students know and understand about the Holocaust? Evidence from English secondary schools. London: Centre for Holocaust Education, UCL Institute of Education.

Foster, S., Pearce, A., Karayianni, E., and McCord, H. (2020). Understanding the Holocaust: How and why did it happen? London: Hodder Education. 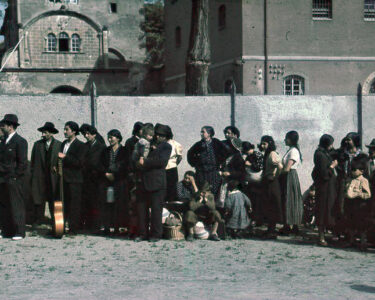 2 August marks the anniversary of the genocide of the […] 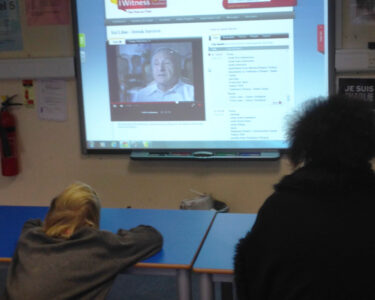 Where research transforms education and society. In May 2022, the […]